And the Long Walk Made a Difference 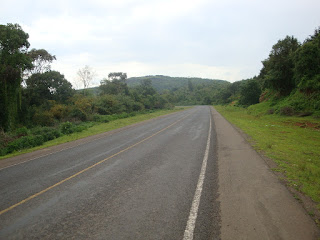 Whereas walking long distances was a pleasurable pastime, over the years, this form of exercising was increasingly becoming a thing of a distant past. Other than walking, biking over long distances, especially from my home village to Nakuru town, and back, about 20 kilometers one way, was a beloved hobby.

But close to five years, both of these pastimes became irrelevant. Not that because I had adopted a sedentary lifestyle, but because I had one of those migraine attacks that made it impossible to religiously use the bike as often as possible, with exception of riding it within a safe radius of village streets, where, if I had that dizzy feeling bordering to a fainting spell, I would safely push the bike home.
Read more »
at July 18, 2019 No comments: