Showing posts from October, 2018
Show all

Memories of a Dam Tree 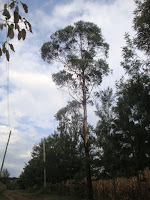 It was the tallest tree in the village. You could see it from miles away. Besides, it was the best known landmark – simply referred to as muti wa demu , or the dam tree, for it grew on one side of the Wanyororo (Catholic) dam’s banks.   I’m referring to the eucalyptus tree, the once giant that towered to the sky.   For those with a nostalgic memory of it, they can attest the tree’s summit literally hugged the sky.   Its trunk was as thick as a baobab’s; though so smooth making it hard for daredevil adventurists (mostly local louts) to scale up.   Up high the branches eagles had nests. Occasionally, they would swoop down to homesteads around and pick chicks from the free range breeding systems, and make nice meals out of them with bones to be found dropped at the base of the tree.
Post a Comment
Read more 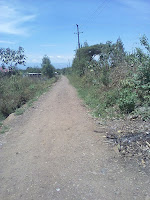 With the dust from the last General Election having long settled down, the elected leaders, without much preamble, went into proving themselves by launching development projects as others, impotently, chose a backseat delaying implementation of same until such an appropriate time with eyes trained to the next elections - a tactic that has time and again been used to hoodwink the gullible electorate!   Youth empowerment is one of the oft cited campaign agendas for any politician under the sun with the promise of bettering the lot of the majority of who are unemployed, and, invariably, forms the bulk of the population of our nation.   It makes for an interesting observation to note that, during what is disguised as 'youth empowerment drive', selection of beneficiaries of such 'drives' are done selectively mainly to sycophants and bootlickers who crooned to high heavens, or were pointmen and campaign footsoldiers of the said politicians. As an example, why are
Post a Comment
Read more
More posts