The suave con who charmed his way to our pockets 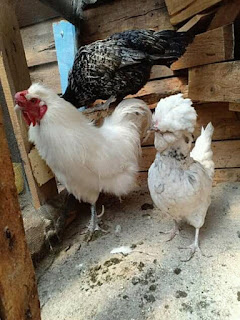 His name was Muraya. That’s what the man introduced himself the morning he came up the winding path to my home. He was in white gumboots, a white lab coat and an equally matching white cap. He carried a cardboard with papers attached by a clip with a businesslike countenance.

My first impression of him was that he was a veterinary doctor. I’ve not heard of a major livestock disease outbreak or an ongoing vaccination. The least I expected to hear was quarantine the moment he opened his mouth.

Not so. He said he had come from Nyeri and represented Nguku Nene Poultry Farm. He spoke with ease of a seasoned salesperson and it appeared that this was his forte.

There was no doubt that he was a persuasive speaker. It took him less to make me ‘see’ and buy into his plan. Already, according to the list he showed me, some of my counterparts were for the idea. It was this simple. With Sh3, 000, Nguku Nene Poultry Farm would supply some farmers in my village in Nakuru County with some grade chicks, poultry feeds, troughs and brazen jikos for heat where electricity lacked.

“That’ll take care of registration fee, the cost of chick feeds and other expediency. The company will foot the transportation costs as a sign of mutual trust between us.”

I was skeptical of the whole deal. I needed time to think the matter over when Muraya, in a well calculated speech, caught me off guard.

“There’s more to this. Nguku Nene Poultry Farm started as a poverty reduction initiative not long ago. We’re slowly expanding to cover more regions out of the larger Nyeri County. Members sell their products through us. This helps weed out exploitive middle men and benefit the members more.”

I had not heard of any success story from anybody who had so far benefited from them. I would have voiced my doubts had not Muraya, as if clairvoyantly reading my mind, produced a business card purportedly from Nguku Nene poultry farm. Emblazoned across its face was a crowned fowl like it had won an avian beauty competition. There was a list of phone numbers following the cleverly stencilled inscriptions.

“I must be going. In case you’re interested, don’t hesitate to call,” he had that genial smile even in face of losing a potential customer as he left.

The fiery disk of sun was close to the zenith when some wazees (elders) happened to drop by. They too had been conscripted by Muraya into accepting his idea and appeared elated by it. I didn’t want to intrude their buoyancy mood by voicing my opinion. Although, I had not joined the rank of wazees yet, I was a respected village person owing to my being the treasurer of the group known simply as Ituura in the local dialect.

After welcoming the five wazees and letting them imbue me with their talk, I demanded to know the reason of their sudden appearance at midday for, save for their ebullient spirits, it would have been taken a death had occurred.

They had come to see me over a ‘small matter’ of withdrawing some money for this ‘hybrid’ poultry project. All that was required was my signature authorizing withdrawal as one of the signatories. I voiced my opinion the idea may not work after all.

“Hi, wewe kijana! (you young man!) You’re recently married. Who do you think you’re to talk to the elders and advice them when the chairman and the secretary are of the same mind?” one geezer lambasted me.

I caved in after a tongue lashing session. I admit I was drawn to this poultry rearing idea, albeit with reluctance.

Muraya made an impromptu appearance a day later. He advised the twenty of us who registered and paid to come up with a group name for the poultry project. I didn’t pay in full but promised the other half upon seeing the ‘deliverables.’

He gave us the Tuesday of next week, which was four days away, as the appropriate time the company would deliver on its pledge. “By which time, most of you, I understand, will have sufficient time to prepare where to accommodate the chicks.”

After giving a lecture on ‘specifics and dynamics’ of chick rearing, which we applauded, he left.
Tuesday came. We met at a pre-arranged rendezvous under an acacia tree. There were those attired in their Sunday best. They had no idea chick poop would soil them.

The day wore on and there was no sign of Muraya. He was a mteja (unreachable subscriber) throughout. The listed company’s numbers were all defunct. Nguku Nene Poultry Farm, we learned, existed only in lexicon of Muraya’s fertile imagination. There was no such place physically. We were conned Sh58, 500! Ituura group lost Sh11, 085 through withdrawals to top up other amounts.