Get Yourself Financial Stress with a KCB Loan 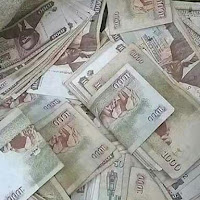 Sometimes last year, a friend and I were having an evening out and were running low on cash. We got discussing on which financial institution offers the best mobile based loans with low interest rates. He talked me into trying a Kenya Commercial Bank one claiming one can have a staggered repayment plan unlike other financial institutions.

A few days later, I decided to try this out. Upon registration, I deposited Sh10 in my KCB M-Pesa account as an ‘activation’ fee. When I checked if I was eligible for a loan, the text that displayed had it that I qualified for one, but it was a dismally Sh150 one. My credit score would improve in time depending on how I would be repaying.

I applied for this quoted figure, with an M-Pesa text displaying that my request was being processed. Nothing materialized, however. I tried reapplying the next day and the same situation was observed. A few days later, I received a plethora of text messages from the KCB systems to the effect the loan had been processed and credited to my line. On checking the M-Pesa balance, nothing of such kind had been deposited, but wait, there was something weird!

According to the message, I owed the institution a total of Sh1200 in unpaid loans!
This got the better of my ire, that I composed a detailed email addressed to the bank’s customer care department. The usual automatic reply popped up, which, by the look of it, the issue I had raised would be addressed within two weeks.

After the lapse of the specified time frame, I wrote another email, which again was answered with an auto-reply almost immediately, and I had to again bid time as in the first case.

This became a ritual after each two weeks, but it took three months for the first email to get attention of someone who directed me to visit their Nakuru branch and fill the forms to have the matter ‘looked’ into.

Two weeks later, I tried applying a loan, just to test if the mess had been cleared, but, to my horror, the ‘owed’ arrears had climbed up and were due for repayment. I wrote further emails (and was assigned numerous case numbers) and visited their Nakuru branch to follow on the issue but NOTHING was done other than being given the usual forms to fill in and dismissed politely with ‘we shall contact you once the matter is resolved’.
A few days later, when I applied for an Equitel loan, which is one of platforms I had been regularly taking loans from and repaying timely, I was 'flagged' and my request declined. Upon contacting the bank’s customer care department, I was made aware that my name had been listed with the Credit Reference Bureau (CRB) as a defaulter. Their message simply read thus:

With no action still being taken by the KCB, someone told me to engage them online as that is the place where they seem to ‘act’ on. Social media is the least of places I would have my presence felt. I did open a twitter account and their first response was:

I never saw a single coin of this purported loan. On asking to be furnished with transaction details, nothing was forthcoming other than this tweet which read:

I don’t know who that number belongs to! Upon checking it on Truecaller, the results returned it as that of one ‘Mwangi Landlord”. I called the number without specifying the reasons other than a desire to meet, with the male person answering on the other end agreeing to see me at 4p.m that day. By the time the clock struck the hour, he was a mteja and would refuse to take the phone on subsequent days.

On making one of my endless trips to the KCB Nakuru branch over the matter, I was accused of sharing my personal details with a faceless stranger who took advantage to take loans in my name! I had never felt so infuriated especially before other customers like that day! I again had to fill the familiar forms knowing too well this was a routine ritual with nothing to be done.

After being taken in several wild circles going into months and being assigned numerous case numbers as the matter was being ‘looked into’, I received this tweet:

Upon registration to the service your customer details were linked to someone else from the database received from Safaricom. The correction on this was made and your details separated. Your credit listing is under TransUnion and currently there is no listing.

If you would have expected the matter to have been finally resolved and case closed, that was not to be. When I again tried their credit facilities, the loan request was declined as I had ‘outstanding arrears’ to the tune of Sh1745!

I complained about this and the usual circus began all over again: emails, tweets, case ref numbers, physical bank visits, filling forms and waiting for matter to be ‘looked into’.

When I received a text message from KCB that the situation had been resolved, I attempted their credit services again and this is the text their systems generated:

Dear PAUL KARIUKI, you have been listed at the Credit Reference Bureau therefore we cannot process your loan request.

For one, you may wonder how such a financial institution had the guts to cheer one in one moment and dispirit him in the next. All my credit records with Tala, Equity Bank, Mshwari, and Kopa Cash are clean without a single default report. More, KCB had never notified me like the mentioned institutions whenever the loan is due. I believe it is the mandate of the lender to notify their debtors on due dates for timely repayment. Any coin I place in my KCB M-Pesa virtual wallet is gobbled up instantly without being alerted of the same or how much of ‘outstanding’ arrears remain to be cleared.

Surprisingly, whenever I raise issue with them, all they ask is my phone and ID number before assigning me case number and at times gives a timeframe of 48 hours to ‘look’ into the matter and then ‘revert’ back! Many follow up twitter queries are ignored at best of times. Further follow ups were answered with a tweet which read:

So I applied for Sh150 in April 10th, 2016, and the inflated amount was credited to me on May of the same year? Safaricom M-Ledger record never shows any kind of such details and a visit to their offices had me referred to KCB instead.

Further protestations were coldly met with one tweet reading:
Hello , had you defaulted on any of our loan ? If so kindly specify the service and then later assist us with your full name, account number, ID number, phone number and advise on the last transaction made in the account. ^MK

What last transaction? It was the repeat of the same circus and this was now the tenth month. Bank visits, emails that never got attention and, of course, tweeting.

On following up on same after a few weeks, their tweets read:

The issue was raised with IT team so that the customer number can be de linked and that is being addressed once its resolved we shall advise.^MK

It sounds like a solution had been arrived at, but wait. Delinking the strange number with mine came at a cost. All the loan amount was ‘politely’ passed to me and would I happily pay it?

I would not take this lying down. Pay for what I never saw?

After complaining, and perhaps to calm me down, this is the tweet they sent me:

Hello, from the refrence number KCB-1351783-M4P4 it states"Customer was given account update forms to fill but he did not return them.Kindly ask him to visit the branch with the forms or if he misplaced them we shall give him new one" Please do as advised to enable us delink your account^MK

So all the forms I was filling that the time were never acknowledged?

This is the eleventh month and the circus continues! No amount of words can describe the mental anguish this bank had subjected me to. Being listed and delisted twice and denied credit facilities elsewhere, and seen as a risky factor, is more than I can stomach.

Hi, this is response to your request KCB-2412300-P3L3 . We advise the issue has been resolved.The loan has been removed from your profile.Thanks for the patience. ^MG