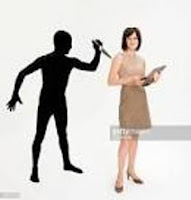 Grasping with a job loss is always the hardest part for many. Consider the long process of looking for a job, including underselling one’s worth just to be employed. The sad reality in Kenya is that you’ll hardly find a company advertising for vacant positions the traditional way other than relying on internal references and thus cutting on hiring and recruitment costs. And in many instances, many of the job adverts in print media are simply companies PR stunts, as the hires to fill the gaps are likely to have been identified long before prospective applicants are subjected to job interviews.

That many a Kenyan will have worked with different companies before hitting retirement age, or venturing in own businesses, is not in contention. Gone are the days when employees used to work for one employer their entire career lives, unless in the civil service.


Despite the rosy picture of a growing economy that the government mandarins present to the public on a yearly basis, the reality on the ground is different. Yes, the economy is growing, but at a sluggish rate, and organizations are not hiring! In fact, in a paradox of a growing economy, companies are sending workers packing, trimming staff, or altogether closing shop and relocating their operations elsewhere.

Like many affected by job cuts, I had a bleak Christmas. And like many sent packing, I had this false sense of hope that I was indispensable and would be reconsidered.

Calling or writing to those one worked under can return different outcomes. For instance, writing emails to those I worked under to get the clear picture returned no response. Nor were calls or text messages responded to as well. It was simply a clear dismissal with the wave of the hand, and like that, I had become a statistic on the unemployed charts.

And it came at a time I had hardly prepared myself for, or anticipated the worse in the offing. Well, I had had taken a hefty loan at the first week of November 2019. I had this faith that come the 4th of December, I would have settled everything from whatever was paid for my contributions by a certain company. But by second week of November, without any prior warning, the company had already dispensed with my services.

Come December, and after fruitless job searches, the loan, with the exorbitant interest accrued, was due. Then those dreaded demand messages became a daily ritual with repayment day fast approaching. The little in terms of savings could hardly cover it.

During the time the going was good, I had made good and great friends, including standing with them during their hard times. And now that I was on the other side, I thought I needed their help here. Well, before you judge, I was not approaching any reminding them of the favour I did at one point or another and I needed a return of same.

The first I approached has been a friend of long standing. After the usual chit chat, I broached the subject, and like any concerned person, he gave me a good hearing promising to see what he would do. Unfortunately, the fellow morphed into a backstabber overnight telling all and sundry how ‘silly’ I was for not making any investments to stand me after a job loss!

It is strange that everyone, seeing one in a kind of a problem, turns into an expert telling whoever cares to hear what such and such should have done instead of going to ‘beg’ from them. How is the need for a little assistance equated to begging when you had promised to repay back everything once you stabilized a bit financially?

Worse was when on approaching a second fellow, his bragging was how he showed me the door like I was begging him money for drinks to deal with depression after losing a steady source of income! It is strange the extent some people will go to demean and humiliate one publicly.

When you fall, you do so alone, and with the exception of one or two friends who will stand by you, the rest will deny and abandon you by the wayside! Not even the pastor who on many occasions I stood with could help, other than ‘diagnose’ my predicament as not attending his church, regularly tithing and taking him a tenth of every monthly payment I was then getting. The only way out of my situation, according to him, was to offer me prayers for a financial breakthrough, but not any real financial help!

Life is always a good teacher. It is during the time of crisis that the true colours of one’s friend are revealed. Many are simply friends by name only, and are there for what they stand to gain from one.