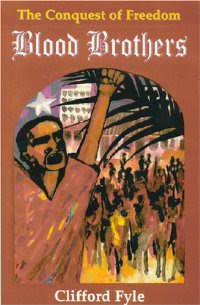 This book reads like a political treatise that examines the state of affairs of an average sovereign African nation after the independence. Kasanga is a typical newly independent African nation and figuratively a baby learning to walk on its own.  Like most African states, independence didn’t come on a silver platter but was hard fought for.

There is a similarity to George Orwell’s fable, ‘Animal Farm’ with the exception that this is a political satire whose grim facts anyone can well relate with.
Readers can easily identify some scenarios and replicate them to local political occurrences. Kenya, for instance, came close to cusp of violent regime change through the 1982 abortive coup attempt. Bloody coups then were hallmarks of independent African nations where power hungry leaders installed themselves to power through the barrel of the gun.


Reports of corrupt government functionaries receiving hefty bribes before awarding contracts without any competitive bidding process taking place keeps surfacing in the media. This kickback is ostensibly to circumvent state bureaucracy but usually comes with ramifications to a country’s economic wellbeing.

Africa Union is satirized as Permanent Association of Free Towns (PAFT). PAFT members were once European colonies coming together to forge a common ideal and foster growth of their young nations. Like AU or the defunct OAU, PAFT members are all bark with their voices hardly registering on the global stage!

As is the case with many African resources rich nations, Kasanga’s business dealing with the Western economic powers largely under-develops than benefits it. The balance of trade favours the foreigners than the Africans themselves. This can be seen by the large volume of imports compared to exports. Ironically, Africa hardly benefits from her resources and pays more for processed goods whose raw material it exports in the first place.

Not all democratically elected leaders have favourable views from western capitals as they can and are always a thorn in the flesh to some western governments if they enact policies the latter sees as against their interests. Reforms like indigenization of foreign owned corporations or farms to benefit the locals sees the west seething in fury. It strikes by placing economic sanctions or withholding development aid unless the poor nation capitulates to a raft of their demands. Zimbabwe stands as a case study when it appropriated land from white farmers to benefit the indigenous locals and was slapped with crippling sanctions that saw the value of its currency on a free fall. This is a mockery of a nation’s sovereignty

(And while at it, swathes of fertile land in central Kenya is still under foreign control but under the guise of wildlife conservancies while dirt poor locals do not benefit from proceeds such conservancies generates. Sadly, they're branded poachers when passing close to these conservancies and can be shot on sight by trigger happy whites or local lackeys employed as game warders with the government of the day looking the other way. And to drive point home, the British have an army outpost which acts as a kind of a police station in providing security to the white aristocrats in their little empires!)

But if such leaders refuse to capitulate, the west devices ways to remove them from power. It claims its overseas interests are being threatened and uses its intelligence working covertly with local militias (if necessary) in overthrowing democratically elected regimes. Think of Libya for instance. The west only succeeds in overthrowing democracy while installing dictatorships to cater for its interests. Ironically, for nations which advocates democracy and the rule of law, they have looked the other way in imposing their puppet leaders going to the extent of assassinating some as was in the case when Patrice Lumumba was eliminated with Mobutu sese Seko installed in the then Zaire.

African leaders must also be wary of which economic blocs they align themselves with. The cold war era pitting East with the West saw any close ties with either Russia or China having some African leaders branded communists. Yet today, China is a global economic powerhouse and a communist nation with vast investment interests across the African continent. The emergence of BRICS nations with an increasing foothold on the continent had left Washington and London with little interference options.

However, being sovereign states hadn’t delinked Africa from her former colonial masters. The colonizer and the colonized still meets in what the author calls a Blood Brothers Conference. This is the Commonwealth of Nations in case of former British colonies. The objective of such meeting is to forge closer ties while discussing matters affecting these states.

Independence, or aptly, freedom, didn’t make the continent that independent in any sense. It is still dependent to some extent on former oppressors. The author says this dependence if informed by the need of mutual assistance which is a universal principle bridging the colonizer and the colonized.