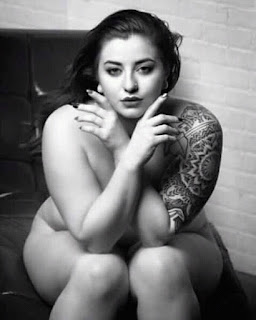 Today's 'liberated' woman is a classic case study. She is educated, independent, working, proud and arrogant. She is unmanageable to the extent many men out there would rather settle down with a 'lower class' type rather than a self-independent one.

The modern woman is the face of everything. She graces our living rooms as that sexually lilted voice telecasting news, doing commercial voiceovers or explicitly dressed in adverts to entice you buy products from multinational companies. She is in billboards distracting your attention as you drive by. You hear her voice telling you 'mteja hapatikani' (the subscriber is unavailable) when you can't reach the other party you are calling. She is in different postures gracing the covers of glossy erotic magazines, the newspapers inside pullout pages, movies posters and so on. You see her as that stunning beauty with a sizzling voice leading in church worship choirs and the list is endless....


It seems tailors and fashion designers have run out of materials in designing attires compatible with the bodily figure of the modern woman. It looks like a consensus had been arrived at worldwide, except where theocratic or religious leaders of the day exercises mandate over a populace, to have designs that only reveals more than covers the female body's figure.

Yes, her attire is not about modesty but showing off mass of her blubber, or lack thereof, to the general world. Don't be surprised many are investing in padded bras or underpants to accentuate their boobs or derrieres. No carnal minded person will help but drool at any such a sexually appealing lady, and especially how scantily she dresses.

She knows any man seeing her killer looks will have his senses take a sabbatical and immoral thoughts flood him. When she winks an eye, the poor fellow will have his wallet out fast counting high denomination banknotes to entice her. He will do everything to sleep with her, even if it entails breaking the bank!

Timothy Kamau, a Nakuru based resident, wonders what is becoming with our ladies nowadays. "Why do they shed more clothes in order to appear with as little as possible even in the unforgiving cold months? Who said beauty is exposing your all in order to be a magnet that attracts men?" he poses.

Tim, as he is fondly called, cannot stand his partner wearing anything tight, form fitting or thin or transparent garments that will make any lout drool after her. This also applies to any abbreviated clothing and he sees no distinction in one who dresses that way and a prostitute in town streets.

He too cannot countenance any extravagance and ornamentation in name of fashion but roots for simplicity.

However, Anne Kawira, a fashion conscious lady in her thirties and a single mother of one, disagrees with him. She sees nothing wrong with being fashionable stating these are worldly trends we can have little say in. "The fashion of 1980s has been outclassed and is irrelevant today," she says, adding that 'my dress, my choice' is the new craze today.

She cannot think herself adorning a head scarf and long dresses that sweeps to the ground as those 'belongs to members of certain religious sects'.  What is her take of today's independent woman who cannot exchange her independence for interdependence with her partner? "That is another thing. Women have been biased against for long and its time they take an increasing commanding role," she says.

She believes it is not 'morally wrong' when some of her contemporaries are climbing the cooperate ladder through 'bottom power'.

However, Muchiri, a city based employee, says he would never approach such women 'lacking decency' in manners of dressing let alone host them in his house. He once entertained one he picked from a Nairobi street. All he recalls is having a drink with her and driving to his place and passing out after a meal together in his house. He woke up the next morning with a throbbing headache to a near clean swept house, with his one night stand 'lady of darkness' nowhere to be found!

Today, he is wise and points out there is no difference between the 'enlightened' modern woman and her biblical contemporaries like Rahab, Potiphar's wife or the wicked Jezebel. "All they care about is how to hook a man at whatever cost and get what he has by any means fair or foul," he says.

The area they specialize in, he says, is where they exploits a man's weakness. "The suggestive way they dress makes it hard even for the morally strong man to fail in the department of self-control," he says. Not even ministers of religion can avoid the temptation to 'eat' these alluring beauties from their flocks. Sexual scandals and cases of immorality have become so rife in churches that even sin is being camouflaged in cloak of righteousness as acceptable thing in some places. Forget the sermon of fire and brimstone and embrace tolerance in churches that can make saints in heaven weep.

Sadly, churches are more like fashion houses where the ladies go to show off the latest trends in the market. Jason Muthengi, a highly conservative Christian, says most ladies goes each other week to churches to show off their expanding wardrobes.

"It shocks to see ladies baring their cleavages and making beeline to the front like they are strutting in aisles. When they have the general attention to themselves, this tells you the church is not about hearing the good word but showing off to all for admiration," he says.

When we have a permissive society and the rate of moral decay is high, his voice is only a tiny drop in a vast ocean and, like Timothy mentioned above, there is little he can do unless he enforces his brand of 'puritanical' beliefs in his own house.
Photo: credit