When the Customer is No Longer the King with GOtv Kenya! 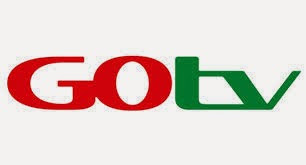 Before Kenya’s migration to digital television content, there is no doubt many were content watching at least a maximum of six free to air television stations on their box TV sets. Those were the days some brands of basic mobile phones could access analogue television stations, unlike today where you need to download apps to stream the same on your smartphone.

Prior to the enforced 2015 switch off of analogue signals, many, including yours truly, found it convenient to wind down for weekends at social places to catch part of the entertaining English Premier League matches. For others, yours truly included, invested in pay setup boxes, with GOtv being an option over others in the market. What informed the choice for same was how Multichioice, which owns DSTV and GOtv, tempted many football fanatics with a variety of entertaining European sports.

The disappointing part for GOtv subscribers, however, was the screening of a single English Premier League match each other weekend, especially on Saturdays, pitting less entertaining teams. The same was observed on weekdays when there was European Champion League group stage matches, with subscribers being forced to watch dull matches while the premium ones were only accessible to DSTV subscribers – and this scenario observes to date.

The novelty of a new thing is how it makes one develop a special attachment with it, before that bond wears off, and it eventually becomes a bore. I found myself intrigued by the array of television stations I could access with my Plus bouquet subscription. National Geography and the then Discovery Science served as my favourites, with sports and local and African dramas thrown into the mix. To say that the Kenyan Premier League was also entertaining is not an understatement – but currently we’ve been forced to watch Zambian and South African leagues at the expense of our local one.

Back then, one could know the time the must watch programmes were airing at in order to be home on time. Not today when such programmes have been rescheduled without notice and airs at daytime at a time you’re likely to be at work or hustling out there. Take the example a favourite programme would air at 9.p.m every Friday night without fail, only for one to switch to that particular station to find what is instead airing is a rock climbing sport somewhere in the steppe of Mongolia! It would take one time to discover the favourite programme had also been moved to the highest boutique available and the best time you can watch same on your particular boutique is early evenings on Sundays!

And it makes it worse for the company to advertise a premium English match only for the subscriber to be treated with a different sporting game like a bike race taking place in the bombed and cratered streets of Kandahar in Afghanistan, or a replay of a rowing competition somewhere off the coast of Bengal! The excuse that would be given is the company did not have flagship rights to air such a game!

That Multichoice is a market monopoly is evidenced by how small players trying to offer similar sporting entertainments to their subscribers are slowly ebbed out of the market. First came a company by name of GTV, and, like DSTV, it saw subscribers signing in. At the time it seemed to be eating at the DSTV market share, it made an exit of the Kenyan market leaving subscribers counting wasted investments in terms of satellite dishes and decoders.

A year or so back, Econet Wireless owned Kwese Free Sports (KFS), entered the Kenyan market as a free to air channel. Anyone with a free to air decoder could each weekend watch the EPL match GOtv Plus subscribers were also watching. Then it emerged such matches are given as a free flagship right for the African continent, which would have meant customers subscribed to the lowest GOtv bouquet could watch them as well, but were, and are still locked out!

But KFS too took a bow of the Kenyan market leaving Multichoice to run the show. And the exit of KFS has breathed life into businesses of those running video halls installed with DSTV dishes. However, the operators charge matches available to the GOtv Plus and Max customers as low as Sh5, while the others only accessible on DSTV sports channels goes for as much as Sh50 per game.

KFS inadvertently opened the eyes of many regarding the football content GOtv customers’ pays to watch. It smacks of a rip-off, if not being scammed of unknowingly! The introduction of the Max bouquet, the highest on GOtv offer, with a promise to the subscribers to watch as many as two EPL matches per week, seems not to have lived up to the billing. If it was not a marketing gimmick, then I don’t know what it is.

Thanks to KFS, I stopped renewing my monthly GOtv subscription. The only time I pay is when they have a promotion to lure subscribers back to the fold, with the promise of one month free viewership upon paying for a month's worth of subscription! Anyway, does it make sense to pay Sh1, 000 but only watch television for less than two or three hours daily?

When you look at the international news channels they have on offer, you begin to realize they’re biased against others, except the Western ones that serves the imperialist West’s interests. Any outlet that serves as Washington or London’s mouthpiece for disinformation purposes will likely be allocated a slot that, say, Russian media like Sputnik or RT, which are demonized as Moscow’s propaganda tools, cannot. Multichoice owners are of European descent by the way!

Going by the way GOtv customers are forcibly spoon-fed the content to watch, it goes without saying the service provider is the king, and the customer is simply an aberration to be enforced with choices! It thus would pay to watch weekend matches of importance in social halls, than watch dull or less colourful EPL teams playing an equivalent of a village derby on GOtv platform!