Take That Break by Winding Down in Style 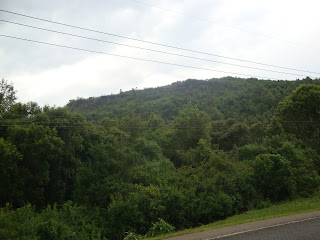 For some, weekends presents that chance to wind down in style. It could be to hang bingeing with friends, or to taking that excursion that will see them arriving back at their work posts looking refreshed and reenergized. The introverts would rather be domiciled in the safety of their residences perhaps as couch potatoes, or for others, being hooked to their social media accounts ‘catching up’ what they may have missed during weekdays.

For quite long, my weekends have taken a predictable narrative. Each other weekend, I’m to be found in a social joint staring at the giant screen following a premium English Premier League match. Well, many a football fanatics would rather watch in company of friends and not in comfort of a sofa set, with the unwritten rule being a responsible man should be home and dry before or by the time of 9 O’clock news.

This idiosyncratic habit observed for long, until the overrated English Premier League started to become a bore. It is not strange that with time some of our interests begin to wane or turn irrelevant. Sample where some weekends I was comfortably snuggled in a couch reading paperbacks or different literature genres. Then the novels began losing their shine, though I do read at times, and movies became the new attraction. Each other weekend would then see me glued to the television set watching cowboy or Westerns and other historical themed movies. But again this form of entertainment too lost the shine and was replaced by football matches. Then when it came clearer I was paying premium rates to simply watch a match each other weekend which was even available on free to air platforms, I ceased renewing my subscriptions altogether and opted for the ambience of social halls, but at the expense of enriching the pockets of the owners and other hustlers hawking fast food like boiled eggs and smokies.

The other weekend, I decided to take a break from this monotonous lifestyle by taking a hike in hills. And for a change, I decided to leave my phones behind, and see if what it would mean being cut off from the cherished communication gadgets. But to be abreast with time, I strapped an old quartz wristwatch, and took my Sony camera with me.

Hiking is an exercise that has health benefits. There is nothing that interests me than climbing up hills where treacherous paths sends a chill down one’s spine. More exciting is to see every bodily pore sweating to the extent the shirt is plastered to my back like an artificial skin. To see every muscle straining under the punishing exertion is perhaps the most rewarding part.

Nothing is as saddening during these nature trails than to witness the extent of environmental degradation. Whereas you may wish to be lost in a deep forest cover, oftentimes you find yourself in a clearing with sparsely spaced trees and little to no thickets. Whereas you may expect to come across or surprise and be surprised by a wild game, you are mostly likely to see rodents scurrying for cover than encounter with a real game. Few exceptions observe in some parts where a little colony of colobus monkeys jumps from tree to tree.

Standing at a vantage point and surveying your surroundings can give you mixed feelings. For one, the landscape below can be enchanting. What of the rolling verdant hills and villages enveloped with a tree cover that would rival a real forest? See this: https://paulkariuki.blogspot.com/2017/11/paradox-of-villages-with-more-trees.html

That things looks beautiful from a distance is not an understatement. It didn’t help matters taking a close look of the immediate area I was standing to be surprised by patches of farmed forestland. If the erratic weather pattern being witnessed is anything to go by, this is largely attributed to environmental destruction coupled with global warming.

By the time I trekked downhill, I realized I had not missed my phones. It seemed I was emerging from a totally different world where the only distractions were the sounds of the birds and not the ringing tones of the phones. And upon getting into the house and switching on my communication gadgets, a flurry of text messages inundated me. This too observed when I logged to my social media accounts and a plethora of messages and notifications claimed a chunk of my data.