When Speaking Your Mind is a Crime – Pt 2 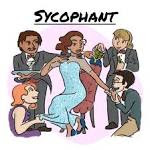 Truth, they say, hurts. And that is the reason the sycophants of the politicians will, in their praise and worship of their master, attack one like vicious dogs let loose. They are like artists who depict their masters in exaggerated details thinking everyone will see a princely person behind the false façade. I’ll illustrate this with a story.

A mono-eyed king happened to rule in a certain kingdom. One day, he was invited to attend a state event by the ruler of another kingdom across the border. The king, elated, decided to first send an emissary bearing his portrait to his would be host before the great day.

The king called an artist and commissioned him to do a portrait of him. Those were the days when photography had not been invented. The artist took this as a golden chance to showcase the best of his potential. He made an impressive drawing with bits of exaggerated features that showed a kind and benevolent king with two radiant eyes that espoused a merciful personality. He drew beaming lips that exposed milk white, shiny teeth. He presented the king with a drawing an art collector would have paid for an arm and a leg.

The king was far from being impressed. He ordered the artist to be put to death.

“Why so?” a trusted king’s official asked.

“I asked for my portrait, not an exaggeration of same!” the king fumed.

A second artist was hired and made the mistake of the first one. He depicted the king as a kind hearted person with a face that had warm radiating pair of eyes. He too was put to death.

The third artist commissioned to do the portrait was unaware of the fate of the first two. This one hated the king and did justice to his canvass by depicting the ruler as a monster from a mythical tale with a devious eye close to the forehead that evoked great terror. He drew creased lines across the brow that was contorted in a mix of rage and anger, and a mouth with a sinister smile where a tooth was exposed like a protruding snake’s fang. He presented his works to his majesty with great aplomb and expected the worst to be meted on him.

“This is it!” screamed the king in delight, "my host will have to think twice in any dealing with me by merely looking at this hideous image!" Saying so, the king ordered the artist to be clothed in royal robes.

Exactly, the sycophants and those who gravitate in the orbit of a politician, inclusive of his employees like the personal assistant, are those two first artists. To them, the politician is a deified figure, and they’ll not brook any criticism of sorts directed his way.

The third artist, who is the electorate, is always right. He speaks the truth as it is, even telling the king he is naked. It is no surprise the first two artists of a certain grassroots politicians have been on my jugular lately directing all manners of barbs my way.

On the ground, with the electioneering year fast approaching, political dynamics are changing. The grassroots leader will have himself to blame for those who have coalesced around him are, and will, prove to be a costly gamble. The embellished portrait they are selling, while shredding to tatters the realist artist, is not doing justice to his public image.

Speak of infringing one’s freedom of expression, for the hired dogs are exactly doing that, while joyously wagging their tails at their master waiting for handouts!